Join Hartford Rising! on Friday for a Black Friday Protest

It’s been 10 years since the Walmart has opened on the publicly owned land where the Charter Oak housing project once stood. Let’s fight for $15 and a union!

Over the years, we showed that direct action and people standing side by side with Walmart workers can effectively change even the largest employer in the world. Walmart’s announcement to raise wages to $9 / hour and starting next February to $10 / hour put more money in the pockets of 500,000 Walmart workers.

The raises were not enough. Overnighters lost out on shift differential, and workers making above $9/hour didn’t even see a raise! This Black Friday we can ensure that no Walmart worker or their family goes hungry while working for the Walton heirs, 6 of the richest people in the world. We need $15 and a union!

Thank you so much for supporting Walmart workers and the #Fastfor15 this Black Friday!

Teachers and administrators in Hartford Public Schools have teamed up with the United Labor Agency, advocates for children and people of faith  to make sure their students don’t go hungry. Learn more about how you can join them and be a “community champion” for families in need. 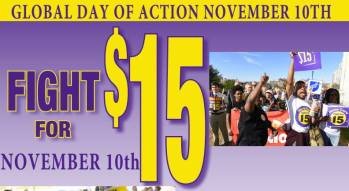 Join Hartford Rising! on November 10th as we stand with Fight for 15 to fight for equitable wages for all underpaid workers.  The rally will start at 3:45 in front of the McDonalds on Washington Street, from there, we will be marching to the Legislative Office Building where there will be a forum for workers to share their testimonies.  On the one year mark from Election Day, stand with us as we stand up to advocate for the rights of low-wage workers in Hartford and across the country!

For more information on the event, and to RSVP, click here

Don’t forget! Hartford Rising will be meeting this month on Thursday, November 12th, we hope to see you all there! 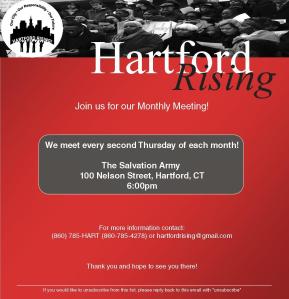 Watch and share this brief video demonstrating how workers and concerned residents, community and civic leaders united to move city officials to embrace a blueprint for a safe, vibrant and equitable city.

Click here for more info on the “Fight for 15” movement. 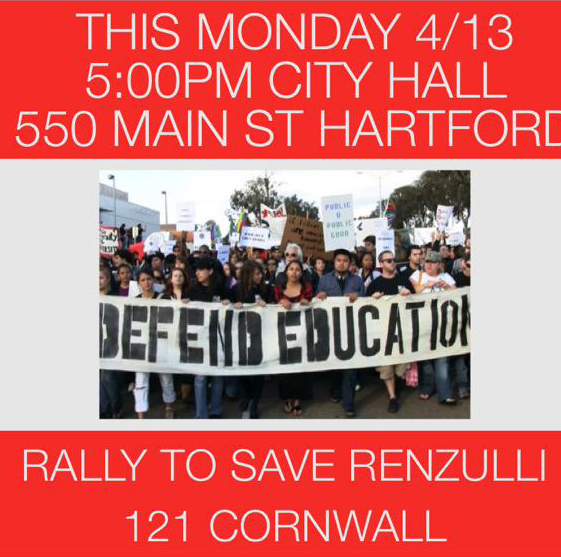 The Hartford City Council on Monday, December 8 voted unanimously to refer a resolution in support of the Hartford Rising! “Community Bill of Rights” to its Quality of Life and Public Safety Committee for further review.

Click here for a report on the City Council vote from FOX CT News.

This step forward is a direct result of the activism of the individuals and organizations that make up our diverse coalition. But our work is far from over — we need to mobilize to make sure our voices continue to be heard.

Stay tuned for information on next steps — and how you can help make sure the Bill of Rights is formally adopted by the City Council.

Parents, students, teachers, clergy, union members, and civil rights and social justice activists in the Hartford Rising movement came together to take the next steps in creating a safe, vibrant and equitable city.